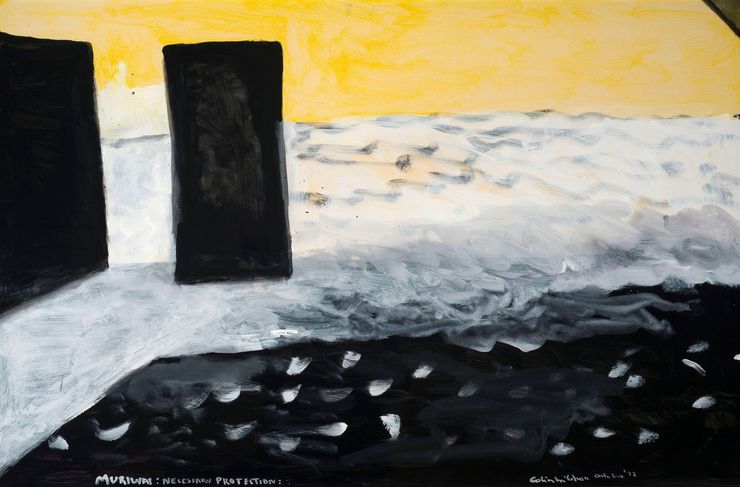 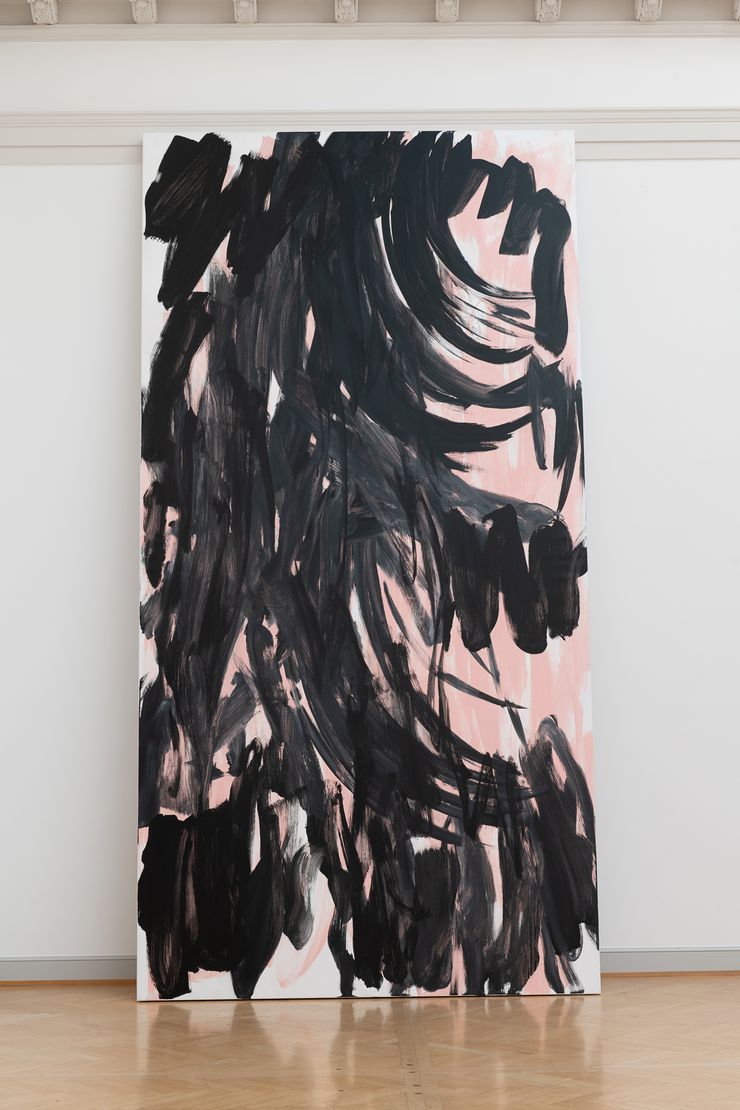 Auckland Based Painter – The Inaugural Recipient of the McCahon House Artists’ Residency in 2006, New Zealand Representative at the Venice Biennale in 2009.

Muriwai: Necessary Protection is a small painting. By McCahon’s standards, a very small painting. But when I stood in front of it for the first time I knew I was standing before a panorama, before an epic landscape. Every time I think of this painting it grows in scale. The achievement of the epic in this small work makes it a triumph of painting.

And then the luminosity. Painted in black and white this is a painting filled with light and colour. How can one suggest colour when painting with black and white. This is one of the mysteries of McCahon’s work. In black and white he goes full spectrum. It is as if the rainbow is in there, squeezed between the presence and absence of light.

In this small painting McCahon gives the West Coast of Aotearoa to us anew. Gives us its essence in the solidity of rock and the more temporal life of wind-driven wave and bird. In this work we are able to see the forces at play and the feelings those forces can evoke. The space between the rocks is threatening, foreboding and yet it pulls us in. Those who are drawn to our island’s western shores know these contradictory emotions well.

Having lived myself on Auckland’s west coast for the last 35 years I understand these contradictory moods. As a painter who lives and works high on a cliff overlooking the Tasman Sea I am confronted every day with the wilds of the coast. Here the world folds and unfolds in a constant if inconsistent rhythm.

In my daily painting practice I rely on the particularity of this place - the constantly shifting light and the movements of wind and sea - to drive me forward. A painter cannot stay still in her work. Chance and necessity plays out in a constantly shifting thought process, and so the work and the surroundings come to reflect and echo one another.

Blazing sunset colours, wind tortured forms and writhing seas were not intentionally put into my work but have entered into it because they cannot be avoided. Scale shifts and an open pictorial space have come about in my work as I too search for the meeting point of our imagination and our seen ‘reality’.

McCahon took the majesty of Aotearoa and used it to infuse his work with grandeur. During the last few years I have travelled frequently to exhibit my work in Europe. When I return, the landscape appears ever more epic. To find ways to synthesise the energy of this remarkable place into a painted image is a task worth doing.